At the height of the USSR’s invasion of Afghanistan in 1982, 1.5 million Afghans took a long journey to the border of Iran to flee war. TAGHI, born after that generation, and unwilling to inherit the limitations of his parents’ refugee status, navigates outside the protective walls of his family to trace his identity and the doors to his future in the homeland he never knew. As war continues to rage in Afghanistan, what future awaits him in which land?

Afsaneh Salari is an Iranian director, producer, and editor. She has a BA in editing from Tehran University of Art, a MA in creative directing from Paris 8 University, and a MA in documentary directing from Docnomads joint masters. Afsaneh is the co-founder of Docmaniacs collective of filmmakers in Iran since 2015, a collective that accompanies other filmmakers from the region in order to help produce independent documentary films. 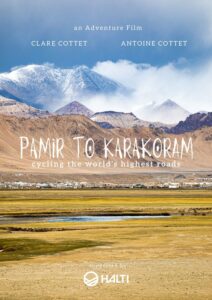 Let us take you on a journey across two of the wildest highways in the world: the Pamir and Karakoram Highways. We will take you through Tajikistan, Kyrgyzstan, Western China, and Pakistan, along the two highest international roads on the planet. Travel by bicycle across breathtaking landscapes, encounter some of the world’s most isolated populations and experience their cultures, cycle over passes above 4,650m, and descend on broken, muddy roads, all without leaving the comfort of your own home. 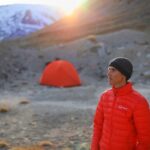 Directed by Antoine and Clare Cottet

We are a Scottish/French couple who are always on the lookout for our next adventure. This trip combined our love of cycling, mountains, remote places, and interacting with people. We knew this was a once in a lifetime journey (or so we thought…), and so Antoine, a passionate photographer already, decided it was time to take on the challenge of making his first film. All of the footage was shot by Antoine (or by me under his direction) and he was also heavily involved in the post-production process. 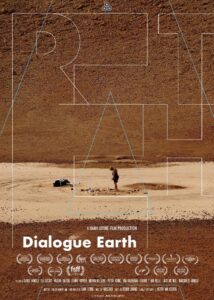 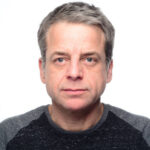